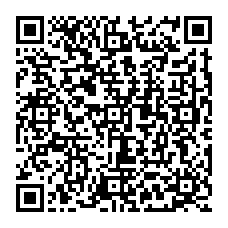 Send us a message

We Are Sunset Studios.

Zane has always had a love for anything visual especially when it comes to the technology behind it. It was this love for technology that lead to a science degree however the passion for the visual has always been maintained. Having taught 3D modelling, animation and film techniques at Unitec over the last 12 years Zane has developed and refined a wide and varied technical background. His work as a freelancer has resulted in some interesting projects and even the occasional award. [blog]

After completing a Bachelor of Arts in Film and Television at Waikato University and attending South Seas Film and Television School in 1997, Richard has worked extensively in post-production editing for television, including live sport and news events, mastering of promotional material and preparing shows for air. Outside of work he has been involved in music videos, theatre and sound recording and has a healthy love of music in general.

Since finishing a Bachelor of Arts in Film and Television at Waikato University and completing South Seas Film and Television School in 1997, Duncan has worked in the film and television industries in both New Zealand and Britain where he has performed everything from vision switching to green screen editing to promotions directing. Duncan has also written and directed theatre, edited music videos and been involved in music production.